Top locks of all time 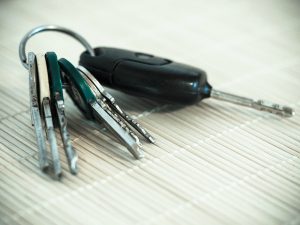 Believe it or not, but there are surprising amount of lock manufacturers out there. It may be difficult to notice since a lot of the brands aren’t on the locks themselves. That or we hardly ever get new locks that we forget they exist. Below is a list, ranked from the best to the very best lock manufacturers of all time.

Starting off our list is Kwikset. Widely used in the US, this company has locks everywhere. Their main selling point is that they are pretty cheap. That being said you get what you paid for it as they are pretty easy to break into. This one made our list primarily because of it’s wide usage.

Another very commonly found locks are the Schlage locks. A little more expensive than the Kwikset, however these locks are far sturdier, well worth the additional cost if you ask me. If you are looking to go cheap on a lock, then take a look at these guys first.

Another common home improvement store lock is Baldwin. These guys are the most widely available locks and are quality as well. As far as on the scale of this list, these locks are actually not the best, but they’re also not the worst. It’s a heavier lock overall to the point that you can tell the difference between a Baldwin and a cheap lock.

This set of locks is pretty big and important. Whatever kind of lock you buy, more than likely the company behind that lock stood on the shoulders of this company. These guys are the modern day pin tumbler lock though their popularity soared in the UK than the US. In the UK, they’re basically the Kleenex in locks and keys.

Starting in late 1840’s, this company actually wasn’t making locks around that time. They started off by producing horn knobs for ox horns. They eventually turned to making both cabinet locks as well as padlocks. Today they are widely used in schools and other public areas with high traffic.

You may have seen their brand out there as this company has been putting effort in getting its name out there. The brand is most recognizable as the company with a key that morphs into a strong man. Just as the brand suggests, these locks are quite strong and time consuming to pick. These guys are certainly well trusted.

One of the few companies out there to be trusted to make prison locks, this company is a good pick. When you want to keep out people from breaking into your house, you’re not going to get much better than these guys.

Some people think these are the best locks around and some of that is frankly hyped up. By all means Medeco makes quality locks and they are tough to break, most even unpickable. The drawback from this brand though is that they are constantly making updates every year for patent reasons. Still, if you can get over that then you have a quality lock.

To this day, the lock system that Evva produces has yet to be picked successfully. Although many aren’t familiar with the company they are familiar with their locks which are based off of MCS model. This company focuses mainly on magnetic pins that are located within the keyway itself, making the brand unique from the rest of locks that we’ve seen.

This is the company behind a lot of the locks that we see today. This company in particular owns Medeco, Corbin Russwin, Mult-T-Lock, Yale, and so many others. This company takes pride in the fact that their hand is in a variety of security niches. As a result, their locks are incredibly popular and for good reason. If this company didn’t exist, we would be missing out on a lot of different lock companies.